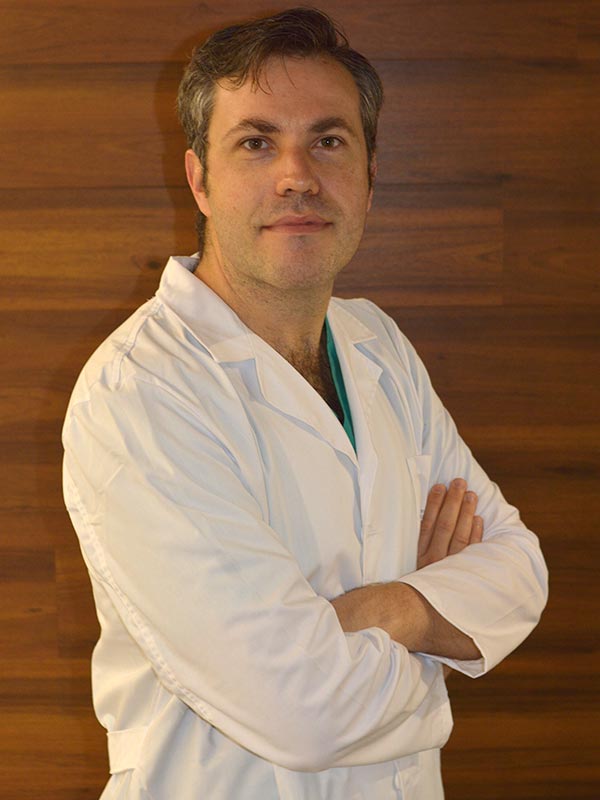 Dr Alberto Jorge Mora obtained a degree in Medicine from the University of Santiago and speciality in Orthopedic Surgery and Traumatology after completing his residency at the Hospital 12 de Octubre in Madrid, where he worked as a teaching collaborator in the department of surgery at the Complutense University.

Later he moved to Santiago de Compostela, where he works as an Orthopedic Surgery and Traumatology assistant. He is the author of many clinical publications and a contributor to multicenter studies. He is also a teaching collaborator at the University of Santiago. He completed his doctorate in Medicine from the University of Santiago de Compostela (USC) in the development of surface treatments on metals. Since then, he has obtained funding as a PI in several national projects and is a collaborating researcher in many of the group’s projects. He is interested in the modifications of implant surfaces to improve their biological properties, as well as in the use of new technologies applied to orthopedic surgery, with special emphasis on the applicability of 3D reconstruction technologies for clinical practice. Thanks to this interest, he has actively collaborated in the creation and expansion of the group’s BBI·3D Unit.